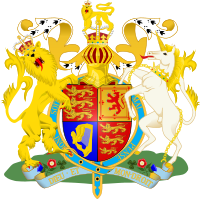 Pretty simple one this one, isn’t it… Total domination of one privileged group of minority elite, both politically and economically.

You’re exactly right. Aristocracy is exactly that, and nothing else.

A privileged elite minority, who justify their existence and power through varying means depending on the day, keeps all the rest of population under control, making them work for their own profit. It can be a heavy handed aristocracy, or a relaxed aristocracy. It can take the form of a noble republic in which only aristocrats can exercise democratic decision making (Like in 17th century Poland), or an absolute monarchy like XIVth Louis’ France.

It can have a more complex machinery like Feudalism, or it can be extremely simple in which an absolute monarch owns and dictates everything directly, or through noble governors.

Aristocracy was tied into property in its fully matured form during middle ages – mainly land. The lords would own a defined size of land, and each were subservient to a lord who owned bigger land – therefore bigger status. From Baron to Duke, there was a hierarchy of property ownership. Land was the basis of economy in middle ages, and therefore everything depended on land.

The exact correlation in between the land size and aristocratic rank faded away towards the end of middle ages and into renaissance due to complex intermarriages and therefore complex inheritances. Title and the economic power more or less were relevant, until industrial revolution.

Means of control in Aristocracy start with ‘tribal’ identity. The leader/king/chieftain of a tribe/group of people is established as the hereditary leader of the cultural unit. This had been the traditional basis for aristocracy for thousands of years.

When religion became a prominent factor in human society, this started to take the form of ‘priest-king’ which was ‘chosen by god’ to lead – first seen in early agricultural communities in Mesopotamia in Sumerian times and on. But, for a long time this remained as the hereditary ‘god-chosen’ status as the king, and his immediate successors, instead of a class of minority elite.

Advent of feudalism changed this concept. In feudalism, as explained before, each smaller lord commands a certain amount of land and governs it directly as his property. Naturally, you not only need to justify the power of the king over the country, but also the power which the local lord exercises over the people in a given locale. This one, actually, IS the power which is real: The feudal domain given to that particular small lord is his own property, and aside from the rule of the ‘commons’ (the common law), he has the right to rule that land as he sees fit. Actually they were even free to violate the common law as they saw fit, because enforcement of any law totally depended on the military power to enforce it.

For, see, if there is a group of armed men on a plot of land without anyone else having any arms, and they say one thing, how are you going to object to those burly bunch ?

Of course you cant. And this, was the basis of power in feudal times. The local lord was the holder of martial power, and therefore he held ALL kinds of other powers, because no one could challenge his authority.

The only thing that broke that ‘medieval’ reality was the ascent of centralized nation-states, through employment of cannons. Cannons made castles & fortifications obsolete, which in turn made a small group of armed men being able to withstand an assault by a larger group of armed men impossible. But the catch is, cannons were VERY expensive, and therefore only the richest lords could afford them. Who is the richest, biggest lord in the entire kingdom ?

Of course, the King.

For a while, the aristocracy kept justifying their existence through ‘god’, however as can be seen from the French Revolution, that wouldn’t fly in more conscious times in which people were more educated and were more aware.

Feudalism is worth noting for something else entirely : It is the basis of capitalist system – the ownership of means of wealth generation. First, it was only land because entire economy was based on land, then it transformed into anything that makes money – a factory, a shipping line, a railroad line or the like.

What’s also worth a note is that capitalism, which supposedly represents breaking of the monopoly of elite minority (nobles) on wealth and wealth generation, has been met with little resistance from the aristocracy. ANY kind of challenge to nobles’ privileges (political or economic) was dealt with very harsh reaction before. 1300s are rife with cases of peasant revolts and bloody repression by nobles.

However when capitalism materialized with industrial revolution in full force, there wasn’t much resistance from aristocratic class. In fact most of them embraced it and merged with the new system.

Reason is rather simple – you needed wealth to establish yourself in capitalism. Since most notable aristocrats had good wealth, this was not a problem. The other route to the top in capitalism is innovation. But see, even if you invented a spectacular machine which will make millions, you needed wealth to start that business. Therefore almost all of the inventors and science pioneers had to partner with already wealthy businessmen or aristocrats to be able to do business.

So, there was no need on part of the aristocracy to object to capitalism. Especially for the small fish, who wouldn’t amass more wealth through traditional aristocratic means. Instead they could attain massive wealth by engaging in business or partnering with an innovator/businessman. For the already extremely rich, nothing changed anyway – since they would just buy out any new business which they wanted to own. As for the urban business circles who were not nobility, but more politely called ‘gentry’, ‘gentlemen’, or similar, this was a boon – the privilege of titles of aristocracy and its power was fading away, and instead solely wealth was becoming the form of being an aristocrat in stature. Who cares whether you are a Duke or Baron, if you have more wealth than any Duke or Baron in the land anyway.

‘Long story short’ version is, Aristocracy is hereditary domination of both economy and politics by a minority elite, justified through any acceptable & dominant moral value of the time.

What is Aristocracy by Via Populi is licensed under a Creative Commons Attribution-ShareAlike 4.0 International License.