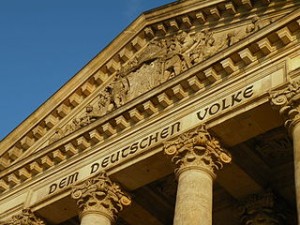 If you are not from USA, you have lower chances of being mistaken on definition of Republic. If you are from USA, it’s high chance that you are misled due to a certain trend going on in US political sphere these days.

“We are a Republic, not a democracy”, is the catchphrase there these days.

This catchphrase portrays a Republic as something magically different than a Democracy. Sometimes the word ‘Constitutional’ added to the front of the catchphrase.

Well, the problem with that jargon is that its utterly wrong.

A Republic is a democracy in which all matters regarding governance of the country are considered ‘public matters’.

So basically a Republic is a form of democracy in which the matters related to the governance of the geographical unit (country, state, city, whichever) are considered PUBLIC matters. Therefore these belong to entire public and they are governed by that very public themselves.

This contradicts the context the ‘We are a republic’ catchphrase is being used in US political jargon: Those who are touting this catchphrase are using it in a meaning that is roughly “A central government cannot overshadow state’s rights/property rights/individual rights etc”.

But this is a contradiction – for see, in a Republic, ALL matters related to governance of the country are considered public matters, subject to the debate and decision of all the public. Therefore, you cannot push private rights, individual rights, or as a corollary, states’ rights out of that public sphere. So you can’t just go around acting as you want, as a private property owner (mainly wealthy industrialists), or a private citizen. Anything that affects the country as a whole, is considered a matter for entire public. This contradicts the context this catchphrase is being used in US politics. why this catchphrase exists in american political jargon exactly is a matter of another debate – however it seems to be totally misused as a slogan.

Going back to the real definition, in a Republic, all matters regarding governance must be in public sphere.

Switzerland, for example, is a Republic. Early Rome, was a republic. France is also a republic, whereas there are ~200 other countries in the world which have the word ‘republic’ in their official name.

A republic can be quite centralized, like France, or quite decentralized like Switzerland. Switzerland practices democracy more directly: A lot of referendums were done there in the past decade, for matters concerning all the citizens. Despite states can run various affairs of their own, anything that concerns any Swiss must be public matter, and decided as a republic. Or, a republic can be totally centralized, with all matters being decided by the central democratic process.

Long story short: a Republic is a form of democracy, in which anything that concerns the entire society is considered a public matter.

What is Republic by Via Populi is licensed under a Creative Commons Attribution-ShareAlike 4.0 International License.