How did Democrats lose 2016 US Presidential Election 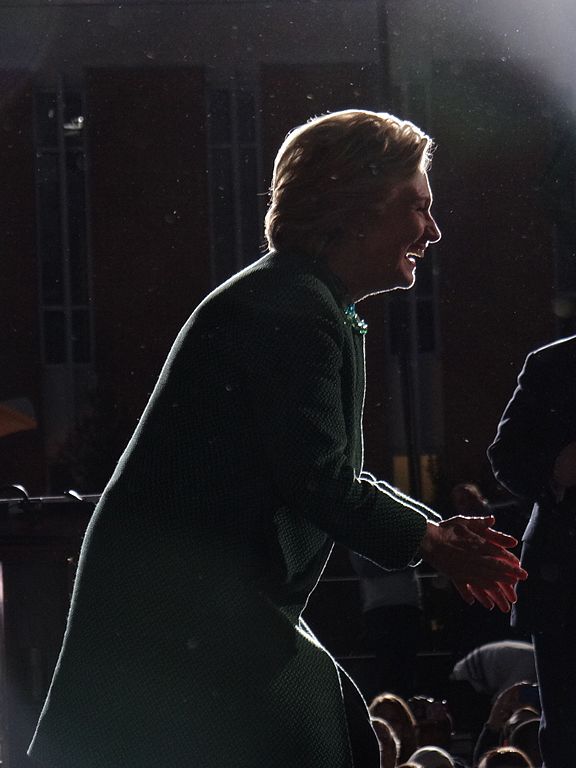 First, practically stealing the primary on behalf of the preferred corporate candidate, as opposed to the popular candidate who advocated what people cared for.

When supporters of Sanders voiced their concerns about DNC practically favoring Clinton, even going to the extent of ‘bending’ the rules to expedite her, they were called conspiracy theorists.

What did DNC do?

“Apologized“, and then just went on with what they were doing.

To top that, their defense to the class action lawsuit which was brought against them has been “Sanders supporters already knew we favored Clinton, therefore this lawsuit should be dropped“.

But already before that, they told disillusioned Sanders supporters crying foul about the cheating that they should ‘fall in line’ and back her.

Second, decades of swinging towards Right

To the point that today’s Democratic Party is almost indistinguishable from GOP of 1970s, bar a few social issues.

At the hands of Clintons and their ‘New Democrats‘, Democratic Party increasingly lost its core left values, and became a pro-corporate, neoliberal center-right wing party.

So much that Hillary Clinton was ‘pleading guilty’ to being a ‘centrist’, in front of corporate audiences even as Democratic primaries were just starting. All the while calling herself a ‘progressive’ in front of a different crowd in the same week.

As Democrats’ selected candidate, Clinton did not shy away from backing more free trade agreements after the example of NAFTA, telling one thing to public audiences and telling totally different things to corporate audiences as Wikileaks exposed, providing a halfhearted approach to universal healthcare question to appease Healthcare lobbies, refusing to address the plight of US students who are saddled with student loan debts which are reaching an average $100,000 mark, and evaded any talk on issue of nonexistent jobs and suffering masses.

But most importantly, the corporate candidate properly evaded addressing the problem of income inequality.

So when she dropped Sanders’ name in the last debate to try to cater to young voters by saying she was ‘working with’ Sanders on student loan debt, it was already beyond too late.

In contrast, Trump adopted just a few of these issues and got major vote from many unexpected demographics – his talk about bringing manufacturing back to US got a lot of votes from rust belt, where white, hispanic, african american and immigrant alike are all suffering from unemployment, his open stance against ‘free’ trade treaties got him support from even a wider audience, and when he dropped a very strong line in a TV interview, saying ‘We don’t have a right to lecture other countries on human rights while our police keeps killing people so easily in places like Ferguson’, he probably got votes from even more demographics.

Democrats instead fought the election over non-economical, peripheral social issues unrelated to inequality in accordance with wishes of its corporate donors.

Take a second to note that none of these have anything to do with income inequality, general lack of employment – there is nothing in there which could damage any Wall Street corporate donors’ interests.

This point cannot be stressed enough. To avoid advocating any policies which may hurt corporate interests, Democrats totally dropped any pretense of being a left wing party.

Fielding a center-right presidential candidate in front of an electorate suffering from neoliberal policies could not increase voter turnout on behalf of Democrats – after Clinton’s primary win and her stance on issues, there was little motive for youth, independents and disillusioned Democrats to show up in voting booths, and it was natural that GOP’s smaller, but more motivated voter base could carry the day, as I told at the start of Democratic Primaries in another article.

But it didn’t even need to come to that – already stifled voter turnout for Democrats was topped by Trump’s adoption of actual left wing talking points against inequality, establishment, trade deals.

Result: A right of center-right politician winning the election in a stunning upset, frustrating all statistics, polls and media coverage, merely by adopting a fraction of talking points against inequality.

That’s no joke. Clinton is a warmonger with a track record.

Democrats, this is why you need to fear Hillary Clinton: The NY Times is absolutely right — she’s a bigger hawk than the Republicans

Which, naturally attracted a most frightening host of backers to her camp.

It sounds surreal, but isn’t – entire cast of Bush neocons who made happen the Iraq War and everything revolving around that, not only endorsed Clinton politically, but also campaigned for her:

Robert Kagan and Other Neocons Are Backing Hillary Clinton

Republican Neoconservatives turn their back on their candidate and back Clinton

Trump has repeatedly said that he would get along with Russia, and he would be against backing radical islamist dictatorship ‘allies’ of US in Middle East, like Saudi Arabia.

Such a policy would frustrate the recent Syrian adventure, which was started during Clinton’s State Department stint after what she has done with Libya, and lead to the destruction of Islamist ‘Rebels’ which US was indirectly backing through its ally, Saudi Arabia, who are the funding source and leadership manpower behind around 90% of armed radical islamist organizations around the world.

But Clinton was already talking about ‘no fly zones’ in Syria, and she was railing against Russia, and she had a track record.

This was the deal breaker which caused entire neocon caste of GOP to drop their candidate and start fundraising for Clinton.

Its 2016 and we have something called internet. Electorate is not that distanced from the world events, and no one wants a repetition of Iraq scenario, leave aside a nuclear war.

Clinton was already famous on internet even during the middle of Democratic primaries. Her steadfast, adamant hawkish talking points has been the only talking points she never flip flopped on – in the past decades, during primaries, or during the election.

Anyone who followed the talking points of Clinton in the past decade would notice how much she flip flops and lies, and you didn’t need to go way back as to remembering how she lied about ‘landing under sniper fire in Bosnia’ when running against Obama.

She made noticing her constant ‘evolution’ on issues on a daily basis very easy by making sure to flip flop every week on practically everything. A small collage of the inconsistencies during Democratic primaries can be gleamed from the below video.

Even Gay Marriage, a major issue she used for campaigning did not escape the flip-flopping. Leave aside flip flopping in the same week in front of different crowds in between ‘progressive’ and ‘centrist’.

It’s no surprise that electorate told that she was most untrustworthy in polling during the elections.

So much that even Jon Stewart, a well known progressive, uncomfortably admitted that she ‘appeared’ really insincere, and making this talk show host state something this direct about a politician so bluntly is no small feat.

Again, its 21st century and there is internet. There is only a certain mileage that can be obtained from constant lying.

Email investigation is nothing.

Clinton’s past is dotted by major scandals of corruption all the way before Bill Clinton’s White House term.

The Email Scandal becomes a scandal solely because of the fact that she had had a private, unaccountable email server set up to evade scrutiny and FOIA requests, meanwhile shady business was happening in between Clinton Foundation, foreign donors and State Department.

Pay for play is the Clinton way

This much of dirty laundry not only cannot be hidden from the electorate. There is a certain amount of corruption which even a corrupt political system could tolerate.

A host of political skulduggery, baggage, lying, flip flopping and scandals like this would be sufficient to kill any hopeful’s chances of getting elected. Leave aside a supposedly left wing party like Democrats, who intentionally lost all their ties to any left wing politics for the people.

The biggest culprit in today’s upset is Democratic Party being a party of corporations, a party of center-right, a party against the general population and being a staunch defender of pro-corporate policies and profits.

The only way out for Democratic Party is to get back to its actual left wing roots per the time of FDR.

Clinton wouldn’t want to do that.

Which means new blood is needed at the DNC.

How did Democrats lose 2016 US Presidential Election by Via Populi is licensed under a Creative Commons Attribution-ShareAlike 4.0 International License.