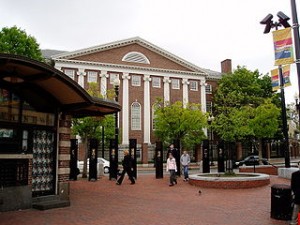 Leaving aside the concepts we have examined in the earlier parts of our series “How Wealth Corrupts Democracy“, wealth can actually create ‘realities’ through the private science mechanism.

Almost all science and research in western economies is privatized. Like how research funds and ownership of the institution defines what kind of research an university produces, private science and research institutions act exactly according to the wishes of their owners and funding. It is naive to think that a certain private interest who funded your research will fund you again after your research comes up with conclusions that are harmful to the interests of that group. That is, if you can keep your position in the private research institution of course.

So entire private science & research system ends up acting as a mechanism to further reinforce the preferred indoctrination of the wealthy interests, further amplifying the effects of corruption: News channels bring experts from these private research institutions, who then reaffirm and reinforce the message given by their ‘research’, intellectuals who have already been filtered through the private publishing mechanism reference research from these private institutions, and the cycle goes on.

Although the process is subtle and can be better seen if the system is observed as a whole, some eye-burning examples of this can be found in some cases – like how Koch Brothers – a certain wealthy oil interest in USA – made Climate Change a ‘controversial debated matter’ in US public, despite near 99% consensus exist in the rest of the world. One look at the network of private research, non government organization and propaganda institutions Koch Brothers are running, shows us how stunning the scale of the operation is :

How Koch spread influence through nonprofits

One thing you must realize that, Koch brothers are actually small fish. Despite their size, they cannot be compared to massive conglomerates that dominate Wall Street, and the shareholder networks behind them. The only reason Koch is so visible is that they are trying to push themselves ahead of the other players in their arena, and being extremely blunt and visible due to the effort involved.

Another effect of privatization is that, it also filters intellectuals, authors, news anchors, journalists. Because media is also private, the same filtering mechanism through ownership and funding also applies. The authors deemed undesirable by publishing houses have difficulty in publishing their works, limiting their reach. The intellectuals who are in the same position not only have problems reaching people through their books and publications, but also finding venues to hold seminars, panels, meetings. Leave aside that they are hard pressed to be able to get any air time in any major news media. Journalists who are too out of the line are easily fired and replaced, even if they were able to get to the point they were through the filtering mechanism. You won’t find any news anchor or any major news program that makes news of things that are harmful to the private interests owning CNN, MSNBC, FOX and the like, whereas BBC, which is a government-owned organization is behaving exactly like these privately owned corporations due to British government being a business-backed right wing government as of the moment of this article’s writing.

In short, no one can think or act freely in these venues which are privately owned.

One exception is internet – it is possible for people to reach each other, and millions through internet, due to the equalizing nature of internet, enshrined in a principle which is called ‘Network Neutrality’. Principle states that no kind of traffic on internet can be discriminated against, and no kind of traffic on internet can be favored dependent on their source. Therefore, it is not possible for a privately owned internet backbone operator to demand money from someone’s blog or website to show it to its users, and therefore perfectly censor any information that is published on internet. For that would be exactly like Television – those who could pay the hefty ‘access’ fees could get the reach, whereas others (meaning all the public) would be limited in their reach to only few, effectively killing internet’s freedom. Exactly like how Cable Television is – one way, indoctrinating, private controlled propaganda.

Which is why Network Neutrality is under attack in USA as of this moment, led by a massive corporation which owns almost all of internet backbone – Comcast. Not to mention that the drive is supported by numerous traditional Media corporations. The justifications which are used in this attack are exactly like the justifications found in the Lewis Powell Memo: “Internet backbone is our own private property”, “It is our freedom to choose what we will allow on our property”, “Our freedoms are being violated”. Easily seen thing is that, allowing ‘their freedom’ in this case means violating freedom of everyone else – ‘we, the people’. Just like the situation in all other privatized fields of life, ranging from education to media.

Complement this with the earlier means we looked at, and add constant political propaganda and campaign by parties to it, and you get a full spectrum effect . Read about that in part five of “How Wealth Corrupts Democracy” : Party Donations

How Wealth Corrupts Democracy – Private Research & Science by Via Populi is licensed under a Creative Commons Attribution-ShareAlike 4.0 International License.