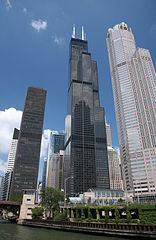 Lets say somehow you have fixed the campaign donations, election funding and party donations problems which plague Democracies. One would think that, in that case, wealth would not be able to find an easy way to corrupt democracy other than indoctrinating people and filtering information.

Couldn’t be further from the truth.

One already used popular method is providing politicians and bureaucrats who had been beneficial to the corporations, with lucrative posts in those corporations. After their term the politician/bureaucrat is given a well-paid post in the corporation, which rewards their actions during their term – Like a former FCC commissioner taking up post in Comcast. It is so that sometimes politicians, bureaucrats actually resign their offices immediately after benefiting a corporation to take up the post immediately, like the aforementioned FCC commissioner. Without any remorse, without any charades.

In some countries law mandates term and time limits for people in bureaucratic offices, making them harder to make use of such offers. However, be it a few years later or immediately, the method is still viable and used widely. It can also take the form of offering posts to family, relatives of the involved politicians or bureaucrats.

Even if laws succeed in preventing such methods, wealth can utilize another way to offer incentives for ‘cooperating’. Read about it in part seven of “How Wealth Corrupts Democracy” : Deals with proxy Corporations & NGOs

How Wealth Corrupts Democracy – Corporate Posts as Incentives by Via Populi is licensed under a Creative Commons Attribution-ShareAlike 4.0 International License.