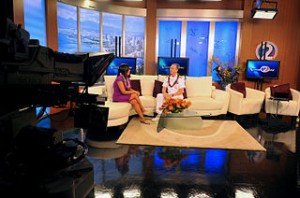 Among the ways through which wealth corrupts democracy, this one is the most sly and invisible one. And the most harmful.

Imagine – you cannot have an opinion about something you didn’t even hear about. Be it a political party, be it a political ideology, or even be it any scandal or political event that happened in your country. It is quite easy for the media to keep you away from being aware of a scandal that involves a politician, or, reduce and lessen its impact if it is heard.

Alternatively it is similarly easy to push a politician to the limelight, embedding him in public consciousness over the years and making everything easier for him. This can even be kept going after the politician’s death, by using him as a symbol for various talking points, therefore making it easier for politicians who advocate the same talking points.

Same kind of filtering is also applied to political parties. For example, in US political spectrum, there are 2 major political parties. So much that most of American public thinks that there are only two parties with any chance of winning – Republican and Democrat Parties. Not surprisingly, these are parties which are described as “Two different factions of the same ‘Business Party'” by political theorists in US. Going through the news at any given random day in US based news channels, you won’t be finding mention of any other party in US political arena – regardless of what activities they do or what news-worthy events they get involved in.

You are presented with a picture in which only two parties exist. With the implied subliminal message that no other party has any chances. Actually, the latter is a message which is repeated over and over directly and openly in US media. Like what can be seen from the case of Ron Paul, despite he was a candidate from one major party. So, what happens ? Only those who are most informed and interested in politics are aware of other political parties and vote for them, or donate to them. Totally empowering the two selected major parties, and incapacitating all the rest.

But the most sinister and most treasonous method of this kind of subversion is, conditioning & indoctrination.

Imagine you are a kid, starting to understand what’s going on around you. What you see and hear around you, shape your world, your understanding and your character. In the end, it is what you know as ‘the world’.

Look at television programming. Look at the movies, advertisements that are constantly running on television. Look at what they are telling in news programs. Especially the experts who talk on matters of importance with great authority. You will notice that the message and the general tone of programming is always the same. It’s for more individualism, more self-focus, more wealth accumulation, consumption. You are expected to ‘succeed’. The definition of success is quite understandable and solid: Being famous or amassing noticeable amount of wealth, and acquiring a number of material amenities that everyone ‘has to’ own. Not to mention you need have a certain look & style, a certain body weight and shape, and you must also behave in certain manners in certain situations.

The trick with conditioning is that, they don’t need to tell you to behave in a certain way, or think in a certain way. If a sufficiently strong and all-encompassing picture of ‘how the world is’ can be painted, this will be how you perceive the world as it exists. Leaving that aside, the picture becomes actually real, as the conditioned generations begin to behave according to what’s being portrayed.

The more shallow and more obvious part of this, you probably know: Consumerism. The push to make life become an endless cycle of consumption and production, and ‘hard work’ to make this cycle go around. Quite obvious in that it is mainly perpetuated through advertisements, placements in movies, series and the similar. Now, there is quite a noticeable awareness about this exist in public.

What is yet not recognized enough, is the ideological conditioning that is going on.

Along with the ‘life’ picture the media paints, comes the ideological bits. Ranging from catchphrases uttered in critical points in movies to news programs, things like ‘freedom’, ‘democracy’ are defined. The definitions do not need to be true and accurate either – for example in US media, capitalism is defined as akin to ‘democracy’. Despite that one is an economic system and the other is a political system, and there exists no relevant connection among the two. Moreover, ‘undesirable’ thoughts like ‘socialism’ is constantly shunned and demonized, even by defining them as totally opposite of what they are. There are news channels in USA which actually define socialism as akin to fascism, for example.

It doesn’t end there. Conditioning continues in education system. Textbooks that give very specific messages and a particular conditioning is used, children are run through cultural and educational trips that strengthen the message. Textbooks leave out problematic points, events or characters, and only run a compilation of information and history which supports the chosen conditioning. For example, you will be hard pressed to find in American education curriculum any noticeable discussion of ideas of Thomas Paine who is an american founding father whose activities went far beyond US. Actually, recently Texas education board even cut Thomas Jefferson from textbooks. This is due to the ‘problem’ that Jefferson was a secularist, wanting separation of church and state. This does not go well with the right wing politics that is going on in Texas, which is mainly based on religion. Presenting a good example of the points we raised earlier.

So, with this setup, by the time a kid reaches college-age, s/he is quite well conditioned to perceive and react to outside world in a certain manner. But …. College, Academia is dangerous to conditioning – these places are much more free in thought than anywhere else in a society. Intellectuals, academicians, ideas fly around. Verily, this environment with free exchange of ideas would offset the conditioning and enlighten the minds of the students.

Filtering and conditioning keeps going on in higher education too.

First of all, in most western countries higher education is highly privatized. Most of the colleges are private institutions which have their policies dictated by a board who serves the interests of the majority shareholders. Not to mention that the selection of professors, academicians, staff also rest in the hands of this board. Not to mention the research funds that researchers and scientists need. Leaving that aside, these private universities also depend on donations and research funds which they obtain from external, industry sources.

Is there any reason why should such a privatized institution owned and supported by private rich wealth holders, allow proliferation of any kind of idea which can disrupt and lessen their power, or threaten their wealth ?

It would be naive… Both on our part to assume that they would, and also on their part if they actually did. Simply because it would be contradictory for a group of people who are engaging in an activity to maximize their own profits, to harm their own interests by helping ideas and concepts like that to proliferate.

Naturally it doesn’t happen. Since the academia is already filtered, the works, studies, ‘research’ that come out of these institutions, and the lectures given to students, naturally take the form of ‘sanctioned’ ideology. Economic Theory is shoved down the throats of kids as an empirical fact, events and examples of near history is told in a certain way, leaving out the contradictory & undesirable parts out. So much that some board members & presidents go to extreme lengths to prevent students from accessing information, like the case of Purdue University president and works of Howard Zinn.

The most horrible, potentially treasonous thing is that, these are not individual cases resulting from the oversight of various individuals, but a concerted, conscious and intentional effort :

In US Chamber of Commerce Memo of 1970, Chamber explains that education, media institutions are under control of private groups that are members of the chamber, and explicitly calls on them to indoctrinate kids to what they deem to be proper – business friendly, neoliberal capitalism. The memo complains about there being too much democracy and freedom in universities, and the society in general, of the demands the ideas this environment of freedom is creating on them: From better wages to benefits, from workplace safety to job security. And especially environmental regulations that limit their ‘freedom’. Freedom in this context is being defined as ‘free enterprise’, and when you look at its details, it evolves to be something like ‘anything that limits our total freedom to maximize our profits at any cost’. With ‘us’, being the businessmen and industrialist minority segments that own the massive corporations.

That is totally leaving aside the usage of student debt as a means to keep students and later graduates from pursuing certain liberties, free time and demands that can be harmful. In the end, someone who owes $100,000 in student debt can’t be too picky regarding jobs, job conditions and anything of the sort.

What is most striking is that, the person who issued this memo, Lewis Powell, then proceeded to become a judge in US Supreme Court, and has ruled in favor of massive mega corporations and their shareholders numerous times.

A simple and insightful explanation of Lewis Powell Memo can be seen in below Noam Chomsky lecture:

In the end, this conscious effort ends up in mass-conditioning of even the educated segments of the society, herding and directing their activities and thoughts into a ‘desired’ direction. Which is an effect that amplifies the earlier-explained effect media has in regard to herding public consciousness regarding elections and policies.

The cumulative result of this entire process can be seen from how privately owned media can make people of middle and low class segments believe that their interests somehow align with the extremely wealthy, and vote for policies that bring tax breaks for the wealthy, dumping tax burden on themselves, and also cutting social security measures that protect them from the side effects. A stunning example of this is how the american Midwest, a region which constantly votes for politicians which implement such policies, are the ones in most destitute conditions and need social security the most.

How Wealth Corrupts Democracy – Conditioning & Indoctrination through Media & Education Institutions by Via Populi is licensed under a Creative Commons Attribution-ShareAlike 4.0 International License.