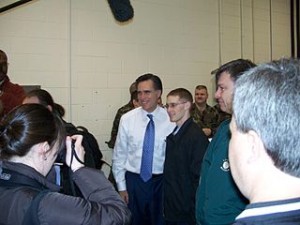 Think for a second – you can’t vote for a candidate you never heard of.

And if the private owners who hold majority of the news, media and publication institutions disagree with a candidate, you will not even hear of that candidate.

They don’t need to do anything more specific than allocating scarce on air time to anything regarding that candidate, and this accomplishes the job. Especially since the greater time they are allocating to preferred candidate amplifies the impact.

There are laws in various countries to enforce news stations to be fair, which require allocation of equal time to political candidates, or opposing views. But see, here’s a catch: Even in USA, where such laws exist, the stations are not strongly mandated to be fair towards the candidates during nomination process. So, they can easily filter out candidates during their nomination phase inside their own parties, strengthening the hand of the candidate that is acceptable to them.

One glaring, eye-burning example is what happened to US presidential hopeful Senator Ron Paul, of Republican Party in USA. Ron Paul was a candidate which did not have any notable industry or wealth backing, but he had great following among various segments of american right wing political spectrum. Especially on Internet, the following was quite numerous and dedicated, and the awareness about Ron Paul as a candidate, and his policies too, was quite high.

But see, despite internet had great reach by then, it still didn’t have the reach of traditional media – news, newspapers, magazines and radio. Therefore even when Ron Paul attempted a political move which was done only once a century earlier, in GOP primaries, almost entirety of American public kept going unaware of his existence.

Because, the 6 corporations which control 90% of entire news in USA, have chosen to not make any noticeable news of this once-a-century political event, despite its stratosphere-high news value.

Even so that, during the Primary Debates, CNN host Anderson Cooper labored like there’s no tomorrow to prevent the senator from getting time to speak. Even at a point during the Debates on subject of abortion, Paul had to forcibly take the turn by saying that he was the only medical doctor in the podium, and had a right to talk on that subject.

There were a lot of factors inside senator’s own party itself, which contributed to him not being able to win the primaries, for sure. However, the message media sent to his party by preventing him from talking even in primary debates, was a strong message in itself.

Imagine – your party elects a candidate and he gets the low end in all news coverage, air time, and publicity. Not a good situation.

But, don’t for a moment think that wealth can filter out or herd candidates through privately owned media only just before and during elections. In reality, even beyond candidates, actual parties and even entire political ideologies themselves are filtered out from public life.

Which is done by conditioning through privately owned media and education institutions. Read more in part three of “How Wealth Corrupts Democracy” : Conditioning & Indoctrination through Media & Education Institutions

How Wealth Corrupts Democracy – Media & News by Via Populi is licensed under a Creative Commons Attribution-ShareAlike 4.0 International License.