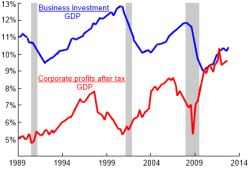 Dealing with Proxy Corporations & NGOs is another widely used method for subverting democracy which is used in case the country has strong laws against all other forms of subversion.

In case there are strong laws against these too, ‘proxification’ is practiced – a subsidiary or a proxy-holding of the interest corporation which is sufficiently distanced from the corporation engages in business with another corporation which is sufficiently distanced from, but linked with the politician or bureaucrat. This is the common case in most European countries, due to strong laws against corruption in Europe.

Instead of doing business from corporation to corporation, private interests can utilize donations to or interactions with NGOs, institutions or charities linked by a politician. This can happen during the politician’s term, or after the politicians term, depending on the laws and the political climate in that country. This is also one of the methods common in USA.

Then, what should be done? Read about the solution in last part of “How Wealth Corrupts Democracy” : Solution

How Wealth Corrupts Democracy – Deals with proxy Corporations & NGOs by Via Populi is licensed under a Creative Commons Attribution-ShareAlike 4.0 International License.