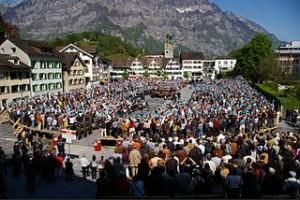 Democracy is “By the people, for the people” and whatnot…

Well it’s not that short-winded.

In street speak, Democracy is a method of decision making/governance in which the eligible citizens make the decisions – either directly, or through elected representatives.

Democracy requires equality : All citizens, regardless of gender, ethnicity, religion, or any other trait, should be equal in votes. Therefore they should have the power to make decisions. So its an egalitarian system. That is true even though throughout history the citizen rights, voting and office rights were limited to certain segments, races, or social status or gender.

So basically, you all come together and decide on what you want to do, through your votes. Decision is made through the majority votes – but don’t get confused – the percentage of the majority needed for making a decision can be set different than 51%. So its not ‘if its 51%, its done!’, as so commonly believed. You were probably a bit off possibly on this one eh?

Detractors (almost always right-wing leaning segments of society) criticize democracy as ‘tyranny of the majority’. Because majority vote is binding for everyone. Even if you don’t like the majority decision, you still have to abide by it. At first look, this seems true indeed – 10 million voters vote for something, 5 million and a little more is for it, and the rest is against or undecided – but the decision binds everyone…

But that depends on the scale; for all methods of governance, decentralization vs centralization is a factor. Same in Democracy. The more decentralization there is, the more decision-making power local governance units have. These would be binding for their own region but not others, therefore local governments can vary the decisions taken for the federation as a whole and build up on those laws and rules. The more centralized a society is, federal/centralized votes/decisions are more binding for everyone. And locales have less power to modify these or implement their own decisions.

And now there is a kicker which only a small segment of the public knows : There are two major versions of democracy : Direct democracy and Representative democracy. And there is considerable difference in between them.

In Direct Democracy, the citizens take the decisions directly by voting on their own proposals. So, one guy comes with a proposal, gains enough traction to be voted on, and then it’s put into referendum in which everyone votes in favor of or against the proposal. If its accepted, it becomes de facto decision. If not, its just rejected.

Ancient Athenian democracy was one as such. Today’s Switzerland is one of the countries which practice direct democracy to a large degree, with many important country-wide decisions being taken by referendum.

The problem with this is, you just can’t be going to voting booths and and voting every other day. Its quite inefficient, and you wouldn’t have any time left to do anything else. Not to mention decisions end up being taken slowly.

In Representative Democracy, you elect a representative to take decisions on your behalf. So basically you vote for a guy or a gal, who goes to a central location in which s/he participates in decision making process constantly, and makes laws and rules on your behalf.

Which is what we use today in almost all modern countries. Seems to work well.

Seems to work well, however – please note the nuance. For there is a major problem with this method : Exactly what for, did you vote for the guy/gal?

For, see, once s/he is there in the parliament, s/he is just free to propose any kind of law, and vote for them in any way s/he desires. So, you may find the representative you voted on his promise of “better security”, voting to reduce your rights or privacy, or restrict your freedom. But hey – its all in the name of ‘security’ – for which you voted the guy in. And as can be seen from our parliaments today unfortunately, the person you voted for can freely and easily go against his promise, and do the total opposite of what you voted the guy for.

So there are 2 major problems with representative democracy : Vague promises, and lying and going against promises. Which could be fixable, in an environment which has free press. So that the deeds done by the representatives could be widely known. And without privately or government owned media leading/herding the voters in the directions they want.

However this is not the case with contemporary society. For example in USA, as little as 6 corporations are controlling 90%+ of the media. Which enables the interest-holders (the private owners) to keep anything they want away from public eye, or portray things like they want, or mislead anyone as needed : Case in point is the US presidential hopeful Ron Paul having been made almost invisible by privately owned news corporations. And that is despite polling quite high in his party’s polls and even doing some political moves that are seen once in a century (during caucuses). Which was totally newsworthy, but was for ‘some reason’, ignored. The climax came in the candidates’ debate in CNN, when CNN anchor Anderson Cooper was trying to avoid letting the senator talk even in the subject of abortion. Ron Paul had to forcibly take the microphone by telling that as the only qualified medical doctor among candidates, if he didn’t talk on this subject, who would…

However as we will see in the upcoming analysis of other systems, this is a problem that can easily be seen to be plaguing all systems. The main problem comes from interest groups – minority percentage of population – owning the means of information : tv, newspapers, general media. It is not an inherent systemic problem of the system of Democracy.

Then, really, What is Democracy ?

In short, Democracy is a POLITICAL system in which all citizens participate in decision making equally.

What is Democracy by Via Populi is licensed under a Creative Commons Attribution-ShareAlike 4.0 International License.