Vote. You have no excuse. If you want change, VOTE! It DOES change things. 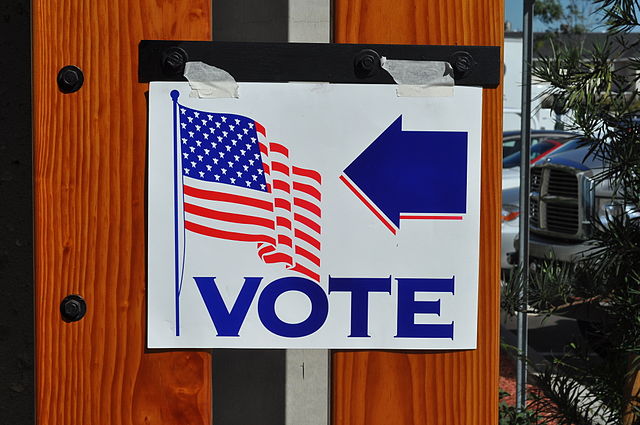 You have no freaking excuse not to vote – no, really you don’t.

Let me thwart and negate each and every excuse you have for not voting, and then we will talk – lets start with the most common excuse:

“But it doesn’t change anything”

If it didn’t change anything, they wouldn’t be doing endless propaganda from privately owned media to make people vote the way they want.

Because it changes things that they have to do this propaganda, they have to lie and mislead people, confuse people and herd them the way they want.

The only reason why voting is not changing things is because this propaganda to make people vote against people’s own interests, is successful.

DESPITE that you can effect change. In Venezuela the privately owned media totally blockaded the people’s movement Podemos, lied about them, did everything in their power to prevent them from winning, and yet they won.

So, you see – despite media blockade and propaganda, it can be done.

And since now we have internet, its much easier to circumvent media blockade and propaganda – that’s not an excuse anymore.

“I won’t vote for the lesser of two evils”

Go vote for the good guys then. Vote for Greens. There are Green parties in every single country in the world, and they have done great things for countries in Europe. They can do the same in any other country, be it USA, be it UK, be it Japan, be it South Africa.

If you don’t like them – there is no reason you wouldn’t but hey – then pick a party which fits your ideas, and vote for them.

“But they won’t be able to win”

Maybe not this time. Maybe not the next. But if you don’t vote, they will never win. And those who want to keep you down and irrelevant will win instead.

Vote. Tell your family and friends to vote. Tell people on Facebook, Twitter to vote. Do internet activism and share the news, the politicians, parties and programs you want.

It’s not 1950 anymore and you are not a helpless, passive person sitting in front of a TV set. Internet has surpassed the circulation of traditional news and media, and it can help you get your message across.

You are not helpless. Use internet and the power of social networks and internet activism.

“But they are cheating in elections”

In almost all countries, incumbent establishment always cheats in elections to the extent they can. They prevent you from voting, invalidate your vote, cheat, sue – do anything they can to keep the power.

That is why you should vote.

And cheating can be overcome. Early voting, masses of voters, make cheating very difficult, as seen in many cases around the world – ranging from USA to Venezuela. Even if they cheat through automated electronic voting machines with no accountability, such methods can thwart such attempts as seen in the case of 2008 US presidential elections.

“I’m not going to legitimize their power”

It doesn’t ‘legitimize’ anything.

They aren’t going to stop and think or change their behavior if you don’t vote. They don’t care whether you do not vote as a ‘reaction’ to the system. They are fine with that. Actually, they WOULD want you to act that way so they could just keep doing what they are doing.

Don’t let them keep going like that. Vote, and legitimize the party YOU want – whichever that is.

“But there isn’t any”

Your ideal cabbage or tomato is not in the grocer either, yet you buy the one which is closest to what you like.

Employ as much common sense as you are employing in the grocer – find the closest party to your ideals, and vote for it.

It’s not like a party with exact, 100% match to your set of ideals is going to drop from the skies and enter elections for your sake. We are human beings – no one is perfect, and political parties and movements are no exceptions. Just like you get along with the people that are closest to you, and make do with their deficiencies, do the same with your chosen party and try to make it better.

“But i’m an anarchist”

“We need a revolution”

You need to use ANY and ALL means available in your disposal to effect change.

Actually, you must do ALL of the above at the same time in order to push change.

The establishment you are fighting against is a minority which holds power through a variety of instruments and a small segment of population which is aiding them.

They don’t have infinite resources. Their resources are quite limited, in fact.

If, you, as ‘the people’, push from every possible front that there is, one front will eventually give way and change will be pushed through that front.

If you push at all fronts, one way or another, change will come.

Which is why you should go and vote, and make everyone you know vote, so that you won’t be leaving that front to the powers that be.

Be a voter. Be an activist. Be a protester. Be a revolutionary. Be a grassroots movement member. Do this, do that, do EVERYTHING in your power all at the same time to make the future better. It has been done before, it can be done now. Others have done it before, you too can do it today.

Vote. You have no excuse. If you want change, VOTE! It DOES change things. by Via Populi is licensed under a Creative Commons Attribution-ShareAlike 4.0 International License.