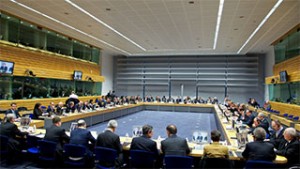 If you had any kind of doubt whether Greece’s Eurogroup creditors were totally unwilling to reach a deal and instead wanted to kick Greece out of Eurozone no matter the costs to Greek people and European economy, you can lay them to rest:

Despite Greece agreed to almost all demands laid out by Eurogroup before referendum with their latest proposal, this sunday Eurogroup came up with new demands : Now they want Greece to implement austerity BEFORE a bailout deal is reached (source)

In addition, they want to put the ~50 billion Euros funds which Greece will create through selling off Greek national assets, in a fund jointly managed by Greece and Eu.

In case you would wonder who is behind this impossible attitude by Eurogroup, this will make things clear: The list demands that the 50 billion Euros privatization funds are to be put in Luxembourg based Institution for Growth, which is managed by German State Bank KfW, which is naturally under the control of Wolfgang Schäuble, German Finance Minister. (source) (source2)

Schäuble exhibited a constant attitude of being impossible to negotiate in the past 5 months, had a bad blood with recently resigned Greek Finance Minister Varoufakis, personally pushed for his resignation (source) and it seems he is continuing this attitude at the cost of risking great turmoil in European markets.

The demands go further – they want Greece to cripple workers’ bargaining rights no matter what, and allow mass layoffs of workers under the terms dictated by Eugroup itself. The usual flavor of crippling the aid to elderly retirees who are living under 400 Euro/month also takes its place in the list of demands with a beautified language.

This is probably where it ends 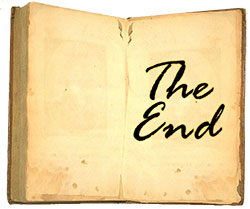 Seems this is the only result Eurogroup wants

The demand to implement austerity before a bailout deal is reached basically seals the deal. Imagine – Greek government is expected to implement austerity and hit the most vulnerable segments of Greek society as per demands of Eurogroup, without even a deal being signed, leave aside any funds to help Greece is given by these creditors.

It doesn’t require a political experience with half a decade to see that this is something outright impossible – leave aside insanely crazy – to demand.

Unless, what you are doing is to try to make a deal impossible to reach, of course.

It seems Eurogroup had no way out of reaching a deal after Greece agreed to most of their demands, but to come up with a totally impossible demand which would totally cripple negotiations.

At this point, if Greek government agrees to these demands, there is no way they can stay in power through the year. They would be replaced by a more compliant administration who would agree to whatever demands Eurogroup forces on them. This was one of the things wanted rather openly voiced by Eurogroup for a while – toppling Greek government. (source)

If Greek government does not agree to these demands, then it means that Eurogroup will not transfer funds to Greek government, practically crippling Greek banking sector and totally destroying Greek economy. Which would naturally end in a Grexit, at great cost to European and World stock markets and futures.

Judging from these situations, it is evidently clear that either of these is what Eurogroup wants to force.

If you wondered whether any financial circle could be any more destructive after Wall Street caused 2008 crisis, wonder no more. Eurogroup showed that bigger destruction is possible, by forcing a political agenda for profit at the cost of anything ranging from democracy to starving the poor to destroying an entire continental union and imperiling world markets. 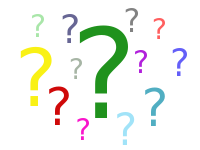 Who will save Europe from Eurogroup?

As it stands now, the only option is for parties without sociopath tendencies to intervene in the situation to save not only Greece, but a European Union and a good chunk of world economy. China already stated their intentions to buy Greek debt (source), and Greece was already invited to new BRICS bank. (source)

It is evident that US does not want Greece to get out of its influence zone, which made IMF to start making statements increasingly sympathetic to Greek cause and urging Eurogroup to restructure Greek debt as well. Which means that IMF may also be inclined to come up with a plan to restructure at least its own part of Greek debt.

However since this would not take care of Eurogroup part of the debt, a loan to deal with that would naturally be necessary. This can come either from IMF, or BRICS bank. A bailout by BRICS bank and IMF together may be the most efficient way of saving Greece and – rather appallingly – Europe from Eurogroup.

Which, would mean that BRICS bank and IMF would be basically paying off the Eurogroup loan (and hence German loan) without any restructuring and from the high interest rates Germany charged, to the great profit of foremost Germany.

Germany had already made 40 billion Euros profit by the high interest loans it gave and enforced on countries in Europe. (source) Its something that goes beyond logic that this is unsatisfactory, and German administration has no issues pushing potential disintegration of Europe and a massive crisis in European and World Markets for even more.

Eurogroup Goes Crazy – They want Greece to implement austerity BEFORE a Bailout by Via Populi is licensed under a Creative Commons Attribution-ShareAlike 4.0 International License.