“But Bernie Sanders is not Socialist Enough!” 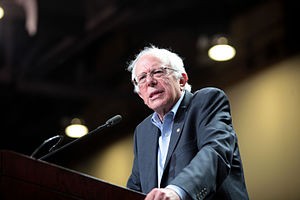 DON’T worry – Che Guevara will soon descend from the skies riding a flaming horse of revolution and deliver you a properly socialist society after raising Karl Marx from the grave.

Sounds funny? Well, that’s the only way a ‘socialist enough’ candidate can win an election in political climate of today’s United States of A.

Listen to how fascist USA has become and then tell me whether any proper term socialist candidate can win an election in this climate:

Current American Congress has ~15% approval rate, and yet ~95% incumbent re-election rate. So much that it has become the subject of a social meme. (source) Entire congress was elected with only ~36% of the voters. (source)

Over $1 billion was spent in election campaigns, (source) and over 84% of this came from big/corporate donors. (source) This doesn’t even include other kind of contributions and donations to these politicians – to their charities, NGOs or dealings under the table.

Republican Party got ~52% of votes and got 57% of the congress and ended up with its control. (source)

Which means that the party who got approximately ~18% votes from all eligible voters across USA is controlling US Congress right now.

The corporate interests who funded and won this election think there is too much democracy, and various mouthpieces belonging to that crowd not only openly say that, but also praise and give examples of the benefits of fascism. (source)

6 mega corporations control 90% of US media, therefore have the power to influence entire public – they can even make undesirable candidates disappear by ignoring them. (source) 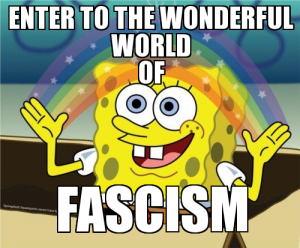 They are pushing a ‘trade treaty’ which will allow them to override laws, regulations, even supreme courts and allow corporations to sue governments for ‘not polluting’ and make government pay reparations. The spice in the deal is that it will criminalize campaigning against corporate misconduct and destruction, including criminalizing campaigning against fracking. (source)

While the entire political spectrum of a country – including its public – is toppled to this far right like USA’s, it is outright foolishness to expect any candidate who is far off the spectrum to win elections.

Bernie Sanders got the backing of the people through his steadfast perseverance on his principles and position. Thanks to social media, his talking points, positions and speeches became memes and reached great masses. A lot of people wised up to the corporate rape fest that is going on in USA through him.

He basically created awareness and therefore gained support over the awareness he created.

Has your ‘preferred properly socialist candidate X’ done that yet?

Ralph Nader is entering elections for decades. Jill Stein as well. Many others. These people are equally principled, well intentioned and have track records.

And yet they weren’t able to reach the public even through new tools like social media.

These candidates would fit perfectly well into a better, more democratic and egalitarian society.

The catch is that USA isn’t one. And until it starts changing somewhere through someone and becomes one, it will never be such a place.

Sanders is exactly what is needed at this point

That’s why Sanders fits the bill.

He is proper center-left according to standards of Europe and the rest of the world. Considering how proper center-left candidates are a rare find even in Europe today, it makes Sanders even rarer due to being an american politician in a country which is toppled to the right as much as USA.

What’s needed is him getting elected, and putting a brake on the corporate wars, rape-fest, skulduggery and neo-fascism during his term – exactly like how he had been doing during his senate history. (source)

Incidentally, he is the only politician in developed world to have gone through multiple bouts of poverty while fighting for his ideals.

After his marriage broke up in the late 1960s, he moved to an A-frame farmhouse outside the Vermont town of Stannard, a tiny hamlet with no paved roads in the buckle of the commune belt. He dabbled in carpentry and tried to get by as a freelance journalist for alternative newspapers and regional publications

And actually, he is more socialist than any die hard proper-term socialist can ever claim to be:

“I once asked him what he meant by calling himself a ‘socialist,’ and he referred to an article that was already a touchstone of mine, which was Albert Einstein’s ‘Why Socialism?'” says Sanders’ friend Jim Rader. “I think that Bernie’s basic idea of socialism was just about as simple as Einstein’s formulation.” (In short, according to the physicist, capitalism is a soul-sucking construct that corrodes society.)

He is refusing to accept money from any corporation or super pac.

Let me give you some interesting news. I announced yesterday. In 24 hours, 100,000 people have signed up to join the campaign. We have received 35,000 donations. You know what the average donation was? $43. We raised a million and a half dollars in 24 hours with an average donation of $43.

That is where most of our money is going to come from…I will not be part of any Super PAC.

Throughout my career I have not taken any corporate PAC money. That will remain for this race as well.

Can I raise a billion dollars? Probably not. But the question is, can I raise enough money to run a grass roots campaign and utilize millions of people? I think we can raise that kind of money.

The Sanders campaign reported to the FEC Wednesday that it raised nearly $10.5 million in small contributions, and an additional $3 million in donations of more than $200 each. That $13.5 million fundraising haul — which accounts for money he has raised since he announced his candidacy in late May — was bolstered by an additional $1.5 million he transferred from his Senate campaign account.

But hey – let me tell you something even funnier:

How about some World War 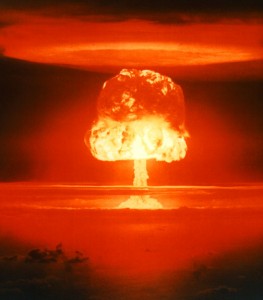 Care to Eat some Mushroom

Almost all candidates except Sanders have directly or indirectly told that they would push new wars – some, openly talk about world war.

All of them except Sanders are backed by corporate interests which have a hand in destabilizations, civil wars, regime overthrow operations going on around the world, ranging from Syria to Ukraine. Already corporations which are massively profiting from undeclared wars, with defense corporations’ profits soaring through bombings in Syria. (source)

Their candidates are no different, openly or indirectly calling for more wars by putting excuses and pretenses to sell future conflicts:

Jeb Bush rejects President Obama’s diplomacy with Iran. He views Iran as “a nation that has waged a relentless campaign of terror and war-by-proxy against U.S. troops and American allies for more than three decades.” He damns the current Kerry-Zarif negotiations as leaving in place Iran’s nuclear infrastructure and potentially allowing it to brandish nukes and intimidate other countries in the Middle East. Apparently, as president Bush would cancel or renege on any deal reached with Iran and put the two countries on a war footing.

I say this, I didn’t want to go there in the first place. Now we take the oil. We should have kept the oil. Now we go in and knock the hell out of them. Take their wealth. They have so much money.

He equates Iran with iSiS, ‘unaware’ of the fact that Iran is fighting iSiS as of now.

Don’t for a second think that Donald Trump is a dud candidate by the way – he is actually leading GOP polls at this moment.

“America’s primary goal with Iran must be to destroy its nuclear ambitions. Let me put them as plainly as I know how: Iran’s nuclear program must be stopped–by any and all means necessary. Period. We cannot allow this radical regime to acquire a nuclear weapon that they will either use or hand off to terrorists. Better now than later!” – Donald Trump

There are candidates who are talking crazier – about going to war with Russia, like GOP Candidate Carson. (source)

Without exception, ALL the candidates except Sanders firmly back Oil interests and their entanglement in middle east, which means more wars in the region in which US directly participates. Not to mention the coup recently undertaken in Ukraine by the US State Dept, to the benefit of Oil interests.

The catch is that rest of the world, BRICS, led by Russia, openly declared that if Syria or Iran was attacked, it would end up in World War 3. (source)

So, long story short, all the corporate backed candidates are for corporate wars, which are already on the brink of ending up in World War 3.

That’s no joke or a conceptual possibility. Its a potential reality. Incessant trouble-making and regime overthrow operations, invasions across middle east as culminated now in Syria and Ukraine have reached a tipping point with Russian, Chinese and Iranian navies joining off the coast of Syria to defend Syria in case US attempted to attack it, in 2013.

Each day brings new reports of warships converging on the eastern Mediterranean. US ships are now backed up by French and Italian ones and face the Russian and Chinese navies.

Everyone assumes Russian President Vladimir Putin is just posturing, but his words are increasingly confrontational. He is now saying Russia will back Damascus if the US attacks. “Will we help Syria?” he asks. “We will.”

We have narrowly averted world war through diplomacy in 2013, which was due to happen from the war the Oil interests were pushing in Syria in order to topple syrian regime to make an oil pipeline from Qatar to Mediterranean possible. (source) Not surprisingly, usual suspects were leading the charge. (source) (source)

So before nitpicking on 5th sub-concept of his stance on this or that issue and going on a limb to declare that “Bernie Sanders is not Socialist enough”, think well. Think, really, really well.

“But Bernie Sanders is not Socialist Enough!” by Via Populi is licensed under a Creative Commons Attribution-ShareAlike 4.0 International License.