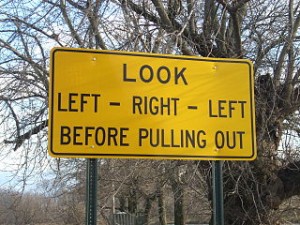 In practice, none of the systems have ever been used in their pure form in known history.

For example, US was never totally capitalist – it had a considerable measure of socialism : At the height of the ‘American Dream’, top corporate, capital gains tax rates were nearing ~99%. Which not only forced the rich to invest their wealth to escape taxation, but also provided massive funds for the government to establish and run social services, social security for the people. This protected the society at large from the ill effects of capitalism’s profit maximization and wealth concentration mechanisms. When these were dismantled with the neoliberalism wave starting with Ronald Reagan’s administration, both in business and in society things went downhill – rich started hoarding their wealth without feeling the need to invest, and the people started feeling the ill effects of profit maximization with stagnant wages melting away with the inflation.

And USSR was never totally socialist – the different departments of economic activity inside the state machine acted semi-autonomously, competing with each other for government contracts and resource allocations. In short, they acted like state-owned semi-independent corporations.

The combinations are not limited to socialism and capitalism : The communities in pre civil war Spain were Anarcho-Communist, implementations of libertarianism across western world in the past two centuries almost always contained private property. Nazis have practiced ! some ! measure of socialism, whereas most (at least recent) aristocratic societies had some form of democracy like house of commons, house of lords etc mixed in.

But the thumb rule is clear :

Concentration of political or economic power is harmful for the society and individuals in the long run.

It easily leads to dominance by a privileged elite and usurping individuals’ and societies’ rights. Allowing concentration of either type of power is not good either – because when you let either political or economic power concentrate, one corrupts and subverts the other, and leads to total power concentration.

Therefore, increased democratization and localization of both economy and politics is necessary, while providing enough freedom to individuals to engage in their own activities in economy and politics, but not letting them amass great wealth, economic, or political power at any magnitude or form.

Analysis of Systems by Via Populi is licensed under a Creative Commons Attribution-ShareAlike 4.0 International License.