Who is responsible for the Greek Crisis 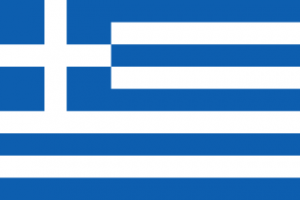 Greek Government was given $30 billion in loans to bail out the local branches of international private banks in Greece in 2008.

That’s an amount Greek economy, taxes – nothing in Greece could handle.

They ended up having to get loans to pay the installments of that loan, and now the debt ballooned to an impossible amount of ~$360 billion.

Less than 10% of the total loans given were used for pensions, social programs, government spending. ~90% of it went to bank bailouts and related deals.

You can see the breakdown of Greek debt here.

Like how it is in many other countries – USA, UK, Spain, Italy, France…

In case you noticed, despite entire global economy was affected, the countries that are having to do bailouts of banks follow a certain pattern : They are western nations who have strong ties with USA, and therefore Wall Street. Goldman Sachs was especially active in Greece in every way.

The banking scam of Wall Street naturally spread to all the countries with strong business ties to Wall Street.

That is even before saying that a lot of domestic banks in these countries are owned by multinational banks active in Wall Street themselves.

Look at the insane picture in front of you: Private profiteers across an ocean engage in a scam, for which a small country tens of thousands of kilometers away is made to pay for it.

Greece is not the only country in this situation of course. American, Spanish, Italian, British taxpayers are still being made to pay for that.

A wealth transfer of immense proportions from the people to private profiteers, through a majestic scam – fractional reserve lending based on concocted, nonexistent assets. 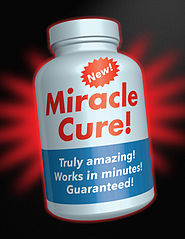 Haha…. No… Those who sell Snake Oil are angels compared to Wall Street

Let me sell you Snake Oil. Which doesn’t exist yet. When you discover that what i sold you does NOT exist, let me FORCE you to PAY to make it exist.

Not only that, but let me do it so that i make you pay SIXTY TIMES the value of the nonexistent Snake Oil!

How does that sound?

This is what banks in Wall Street did. Goldman Sachs, Bank of America, Merrill Lynch being among the main perpetrators.

Did you notice how the wealth in the equation became $110 just like that? Yeah, that’s basically printing money out of nothing.

The logic is that, when borrower pays the $10 back, the nonexistent money will have become real due to economic activity the borrower did with the loan. This works to a degree actually, and creates liquidity for the economy. But it has to be done only to a legal fraction of the assets you have.

Wall Street wanted to increase this ratio, and Bush government did so upon request. But, even the 10% increased rate was too low for the banks.

So, you cant increase the ratio. Its not legal. What do you do?

You increase the assets you use the ratio on!

So, Wall Street banks engaged in an elaborate scam – they created ‘derivative assets’ based on the $100 assets they have, and they showed these as EXTRA assets in their books. Nonexistent assets, based on real assets.

Even that wasn’t enough – they traded these new assets and increased their values through speculation in stock markets, investment tools and collusion with rating agencies.

Imagine they created $100 worth of nonexistent assets over their $100 real assets and then inflated the value of the $100 to $500 through investment shenanigans.

And then they showed in their books as if they had $600 of assets.

The rating agencies should have come up and said ‘Hey, these people are showing $500 worth of extra assets, but these assets are NOT real’.

That IS what rating agencies do, and this is their only responsibility – judging the reliability of financial instruments.

They didn’t do that…

Fitch, Standard and Poor’s, all the rating agencies in the west colluded with the investment banks and gave AAA+ ratings to these nonexistent assets.

They gave AAA+ rating to things that did not exist!!!

And then Wall Street banks proceeded to give out ~10% of this $500 assets they concocted as loans to outside world.

In 2008 it was found out that the money Wall Street had been lending out was not based on anything real, it was water vapor, fake. Void. The $500 assets that were shown in the banks were not real.

This means poisoning of entire world supply. You cant know who borrowed the nonexistent money, and what did they do with that.

If they invested that money and created any economic value, is that economic value real since the money they borrowed was fake in the first place? 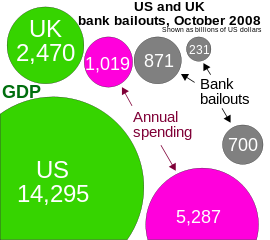 Lots of money. That no cut in public services can meet. Eaten by banks.

And here is the reason for your bailouts – public (government) is being forced to pay to the banks to fill the empty assets in. In every single country which was affected by this scam.

So basically Greek people are having to pay with their taxes the $500 nonexistent assets Wall Street banks concocted, AND the 10% fractional reserve lending money they lent out, AND the estimated assets which were possibly created with that money.

The banks that did the scam and created this mess are doing nothing. They profited and now they are safe and sound.

What about Government deficits, Tax evasion and all that?

No amount of taxes Greek government could collect over the course of a decade and no amount of public services they cut, could approximate the $30 billion bailout loan and its accumulated interest. Its TOO big for Greek economy.

So the ones who are yelling about these are basically lying, and just trying to divert attention from the real culprit – the bank bailouts.

Deficits are now a major problem because those who are forcing bank bailouts want the governments to come up with even more money to fill the banks. Therefore all kinds of expenses including social security, healthcare are seen as ‘unneeded expense’ and the creditors (IMF, ECB) are forcing governments to cut these public services to make even more funds for paying back bailout money they lent. Not to mention privatization of everything to bring in even more money.

The taxpayer is being made to pay for the private bank profit scam by letting go of critical social services and infrastructure that the society needs to function as a sane and safe institution.

Hence a lot of propaganda about ‘benefit scroungers’, ‘public healthcare not working and needing to be sold’, and the culmination of all : Austerity.

You need to make every citizen in every country suffer and pay the last dime in his pocket to make back the nonexistent money you created.

Blaming these people who had nothing to do with the scam and the mess it created, is the only way to veer attention off from real culprit – the banks.

For no kind of public expense or deficit can even approximate the amount of money which was created from nothing in Wall Street.

But its easy to blame those who cant talk or fight back – man on the street. Its catchy too – ‘they are lazy’, ‘they evade taxes’ – no amount of taxes in Greece could even approximate the $30 billion bailout money over decades….

Now you see why its the biggest scam in the history of mankind?

Someone sells you something that DOESN’T EXIST, and then FORCES you to PAY to make it exist.

Its that kind of thing…

But those who did it have made good money. Therefore, the media and corporate establishment they own are doing everything in their power to keep that fact unspoken, and blaming ordinary people who have nothing to do with any of this – there are ‘benefit scroungers’ in UK, Greek people ‘evade taxes’, south European people are ‘lazy’, and the poor masses in USA are ‘losers’.

Its everyone’s fault but the Bank profiteers themselves.

Actually, Wall Street banks got Obama Administration to again relax fractional reserve lending regulations in USA recently. Again. So the scam is starting all over.

Who is responsible for the Greek Crisis by Via Populi is licensed under a Creative Commons Attribution-ShareAlike 4.0 International License.