Why Yes for an Independent Scotland 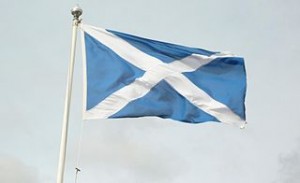 As you know, Scots are having a referendum for an Independent Scotland. And they have very good reasons to do so, ranging from Social Services to Democratic principles, as you will see below:

1 – To use vast natural resources Scotland has

Scotland has massive natural resources, and combined with economy these make it the 19th richest country in the world as relayed by financial publications like Financial Times, Forbes.

However Scotland is not able to make use of these resources for itself. Scotland is not even getting the oil revenue from currently drilled Scottish oil. It’s being used by multinational corporations like BP without Scotland being able to have any say, leave aside get revenue.

When asked whether he would let Scotland have the revenue from its own oil in the parliament, response of Westminster PM Cameron has been “If you ask stupid questions, you’ll get stupid answers”.

2 – Have a say in their own governance

Regardless of whom people vote for, Tories always get the government. Even when they don’t, they still have the government because Labor, their major opponent, is acting as a light version of Tories since the last decade and a half.

So, whomever people vote for, it always results in more privatization, more corporate tax breaks, cutting of social services, evictions, soup kitchens, increased military spending and irrelevant foreign wars. Even the amount of seats allotted to Scotland fully being in opposition does not change the results.

Therefore Scotland wants to get out and determine its own internal and external policies according to the wishes of its own constituents.

3 – To take its finances into its own hands

Scotland has to rely on what budged Westminster government graciously bestows upon them, leave aside being able to get revenue from its own resources. Scotland currently pays 0.5% more tax than the entire budget it receives, everything included. Despite this, Tory mps in parliament are grilling David Cameron for promising to keep the budget Scotland receives at the same level, leave aside increase it.

Basically, Scotland wants to take its own finances into its own hands, and decide where to spend it on its own.

The conservative governments in Westminster are pushing to privatize and sell off public services like NHS to multinational corporations. Especially with the TTIP trade agreement, which Westminster government is negotiating with US, all these public services will be privatized, basically putting NHS in the hands of american health corporations. TTIP also brings unbelievable atrocities against democracy, like putting multinational corporations above laws – meaning an american corporation will be above British law as per the articles of TTIP.

On top of these education is getting privatized, and its becoming harder for anyone who is not well-off to send their children to higher education, leave aside good schools.

Scotland is also suffering from the austerity pushed by Westminster government to pay for the bank bailouts of banks and tax breaks of multinational corporations. Soup Kitchens have become a commonplace occurrence in Scotland, as well as they are now a common occurrence in England. Evictions of homeowners, cuts from social services are also torturing people across UK. However Westminster government is not relenting in their pursuit of austerity – despite many sources up to IMF director had been stating that austerity is not working globally, and causing needless suffering.

For example, Westminster government recently approved 350 million pound contract for Trident Nuclear Submarine replacement recently. This is despite the people are being forced into austerity to make up for budget, and bank bailouts. So, basically, there isn’t money to keep public services, but there is money to spend for military contracts.

This basically tells that there isn’t a need for austerity for any logical reason, but to provide finances for contract handouts for industries that concentrate around Westminster.

7 – Constant Wars based on Lies

Scotland was dragged into Iraq War based on ‘Intelligence’ which later turned out to be an utter lie, and Westminster is now trying to drag into another war in Syria, based on similarly dubious ‘intelligence’. Iraq war cost massive amount of spending, not to mention brought along spying, surveillance and violations of freedoms in the form of ‘anti-terror laws’.

Iraq war was supposedly made for eliminating a ‘threat to freedom’, in the end it amounted to $38 Billion in profits for the company of US Vice President (then) Dick Cheney’s company Halliburton, costing ~$2 Trillion in taxpayer money and creating a mess in Iraq.

Scottish Parliaments views center on diplomacy and peaceful solutions, whereas the Westminster government wants to repeat another Iraq.

Companion to the infamous TTP (Trans Pacific Trade Agreement – Trans Pacific Partnership), TTIP is a Secretive trade treaty that is prepared by corporate lawyers and being negotiated in secret in between US and UK. This treaty was shown to be in violation of numerous democratic principles and mechanisms – ranging from from putting corporations above the law in that it bans environmental groups from suing corporations for damages to the environment, bypassing environmental regulations in countries which sign it, and allowing corporations to sue governments and demand reparations if their profits are hampered by environmental or any other concerns.

The treaty also enforces fracking – oil companies will be able to frack anywhere they want without needing permission, and in case fracking causes environmental damage like poisoning groundwater or inundating people’s houses with oil, they will be safe from getting sued.

It also brings articles of private censorship for internet, which will allow a corporate board to be able to disconnect people from internet for things like ‘copyright infringement’, totally independent and above British law.

It also includes articles that enforce privatization of all public services directly and indirectly, and prevents them from getting back under Public control.

If TTIP is signed, no powers and devolution given to Scotland by UK government hold any legal weight because all will be overridden by the articles of this treaty as per rules that govern international trade treaties.

Such a state of affairs would be intolerable for any people, as can be seen from history of recent century. Living in a country in which you have almost no power to determine what happens, is something that totally goes against concepts of freedom and democracy. If, on top of that, people around you suffer due to policies determined by a far away entity, having to eat from soup kitchens, wait on patient lists for months to get treated for cancer and the like, that makes the situation almost medieval.

It is only natural that Scotland would seek its own freedom – pursuit of a better life for everyone in the society is a right of all peoples.

Why Yes for an Independent Scotland by Via Populi is licensed under a Creative Commons Attribution-ShareAlike 4.0 International License.